Babu writes constantly about taking “snapshots.” but this blog has had a lack of photographs.  Granted, the snapshots she talks about are eighty years old.  When I started looking through old photographs and scrapbooks, I could only find books from around 57 and further.  I had the genius idea last night of asking my husband about them.  He said:  “Oh, those are here.”

Oh my goodness!  Oh my, oh my!  Adam handed me box after box.  Of course, a woman who meticulously recorded every day of her life would have as meticulously kept and catalogued her photos!  I thought maybe there were only a few mixed in with the older things, but my oh my there are boxes of vintage photos!  Nearly the first thing I pulled out was this photo album:

Mixed in with many things were photos from the very month I just transcribed.

Sunday, April 17th, 1938
When we don’t have a date nobody shows up.  It dawn bright for everyone’s Easter finery.  We took some snapshots in the High School steps.  Went to the show and saw”A Slight Case of Murder” and “She Loved a Fireman.” 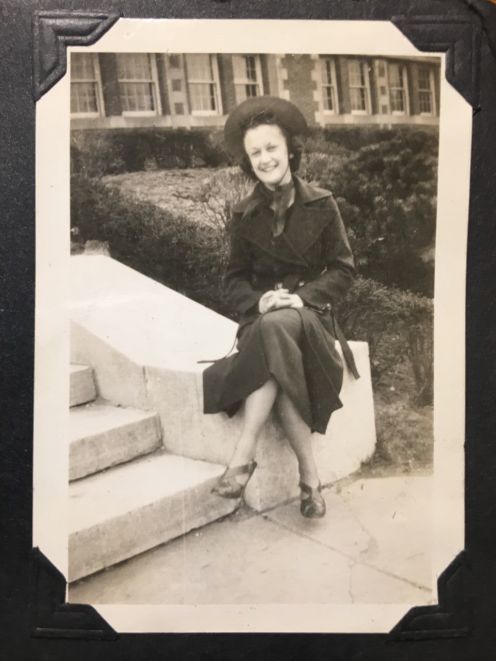 Here is one that is from the next month.  I warn you, they show a motley cast. 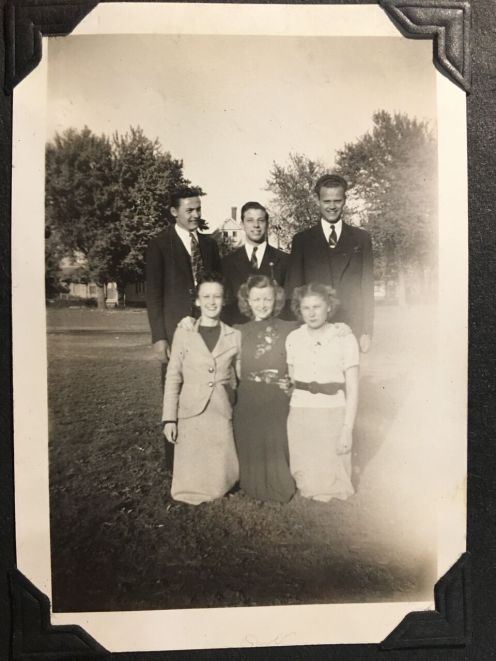 Can you believe it?  It is the whole crew!  So it’s Eddie and Zosh (Hi Zosh!), Nat and Frank, and Babu and Johnny.

Wednesday, March 16th, 1938
I’m getting that low feeling again and Zosh is riding high.  Eddie is attentive to her and Frank to Nat and John to me but it doesn’t help me feel better.  I don’t care for him.

Thursday, April 21st, 1938
Jaime must be angry at me for being so much with JL because I haven’t gotten any rides.  Took my lesson today and have to think about a piece for the recital.  Perhaps the play will go on yet because we had rehearsal tonight and may keep on rehearsing in Mrs. Burn’s garage.  John stayed behind somehow and didn’t walk home with me.  It felt rather queer.

Well here you go, pictures of the cast on the lawn outside of Mrs. Burn’s garage where they rehearsed. 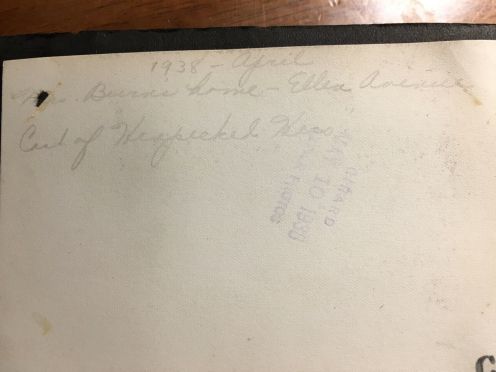 I found a few copies of Babu’s senior picture.  I got a shot of the one Kathy brought to Babu’s birthday party but now I was able to hold it in my hand. 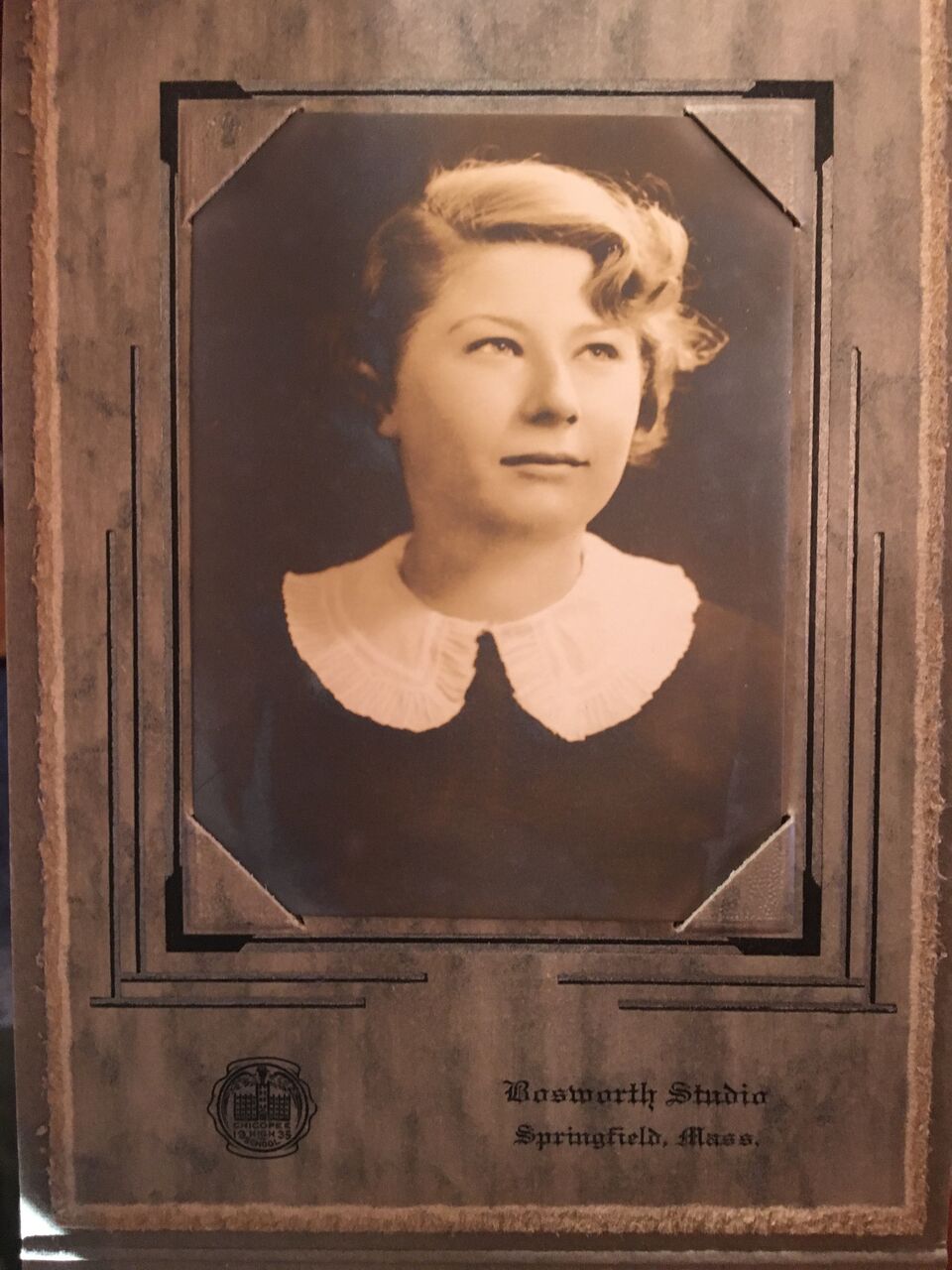 Here is an amazing one of her parents: 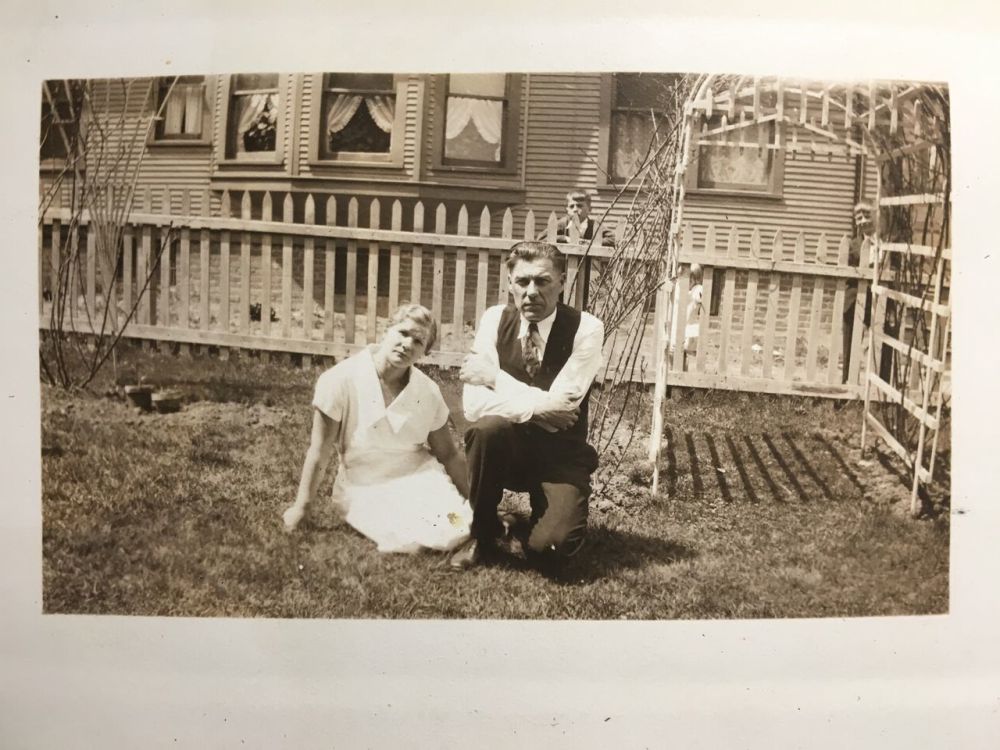 This might be my favorite one of her mother: 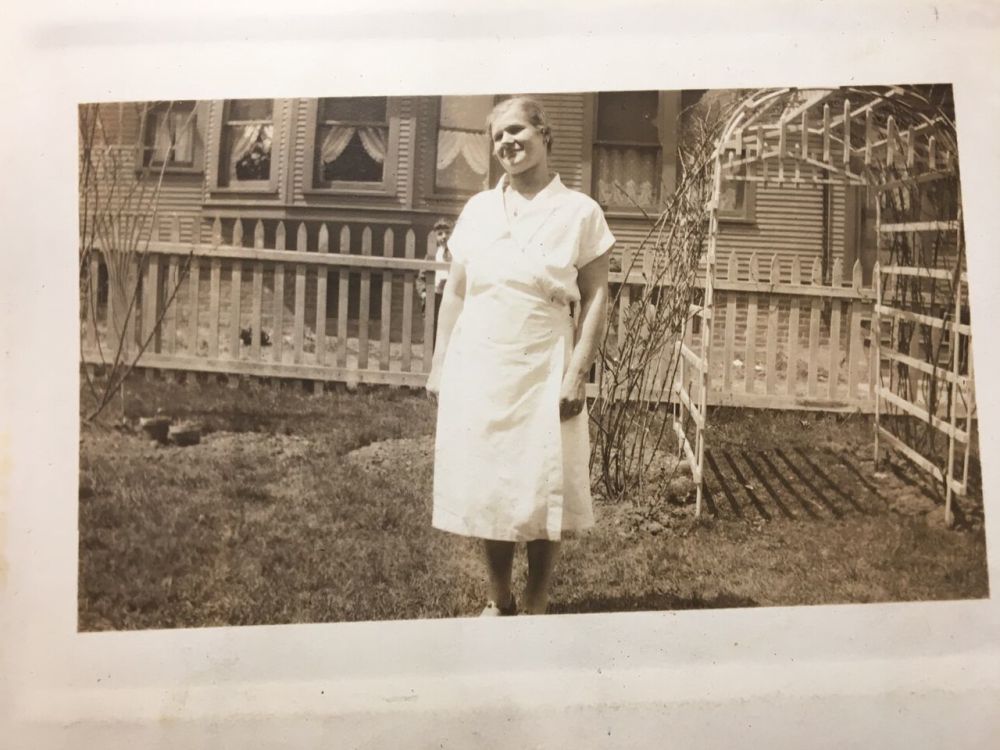 I got so many other big surprises.  Don’t worry, I’ll show you.  They are on their way!