More evidence that Babu only looks far away and not right under her nose: 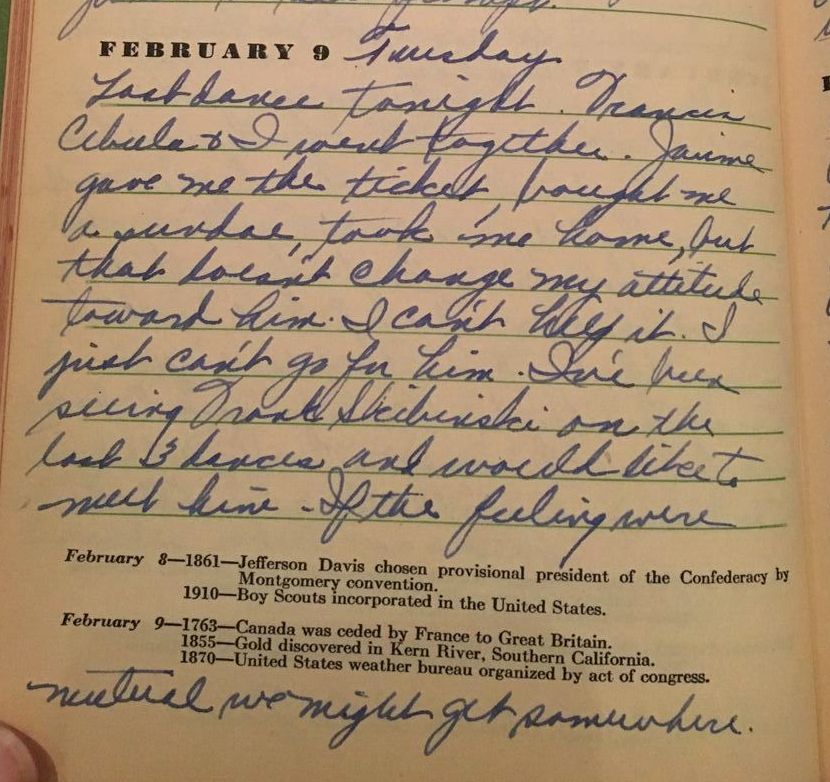 Tuesday, February 9th, 1937
Last dance tonight.  Francis Cebula and I went together.  Jaime gave me the ticket, bought me a sundae, took me home, but that doesn’t change my attitude toward him.  I can’t help it.  I just can’t go for him.  I’ve been seeing Frank Skibiniski on the last three dances and I would like to meet him.  If the feeling were mutual we might get somewhere.

I have decided that I need to go ice skating.  The passages where she writes about going out on the pond always seem so wonderful.  Ice skating and campfire!  I love everything about the picture that develops in my mind. 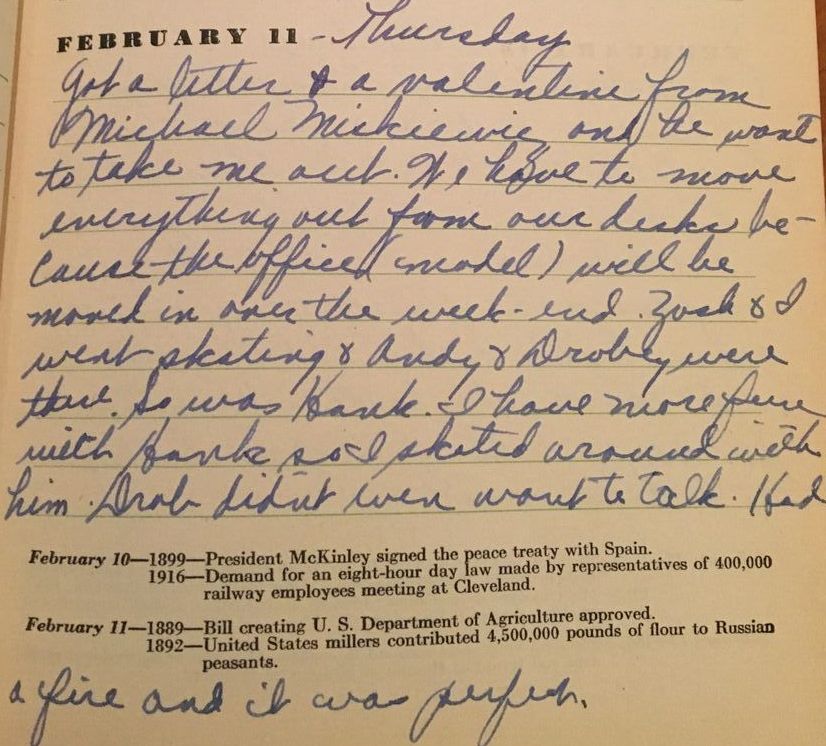 Thursday, February 11th, 1937
Got a letter and a valentine from Michael Miskiewic and he wants to take me out.  We have to move everything out from our desks because the office (model) will be moved in over the weekend.  Zosh and I went skating and Andy and Drobey were there.  So was Hank.  I have more fun with Hank so I skated around with him.  Drob didn’t even want to talk.  Had a fire and it was perfect.

What a glorious feeling!

Thursday, February 18th, 1937
Have been learning to operate the switchboard and it’s great fun, only I’m slow and haven’t got everything straightened out yet.  Natalie, Zosh, and I went skating.  Andy and Drobey and Hank were there.  Hank and I skated most of the time and he pushed me around in a cardboard box.  Andy and Hank sending me in the air.  What a glorious feeling.  Got a play book from Zosh.  Mr. Janik told us to report.