Saturday, May 5th, 1934
I never knew how hateful it is to be snubbed. I should have expected it of “Cav.” But just the same it doesn’t help the hurt.

Sunday, May 6th, 1934
It got warm, everyone is out on the streets. Because I didn’t talk to Sandy Claus or Zosia, he and his friends left us. Penny asked for a bite of the fudgiscle and and I gave him one but he said he just wanted to see if I’d give him one. He said Caveman wanted one but I turned away. 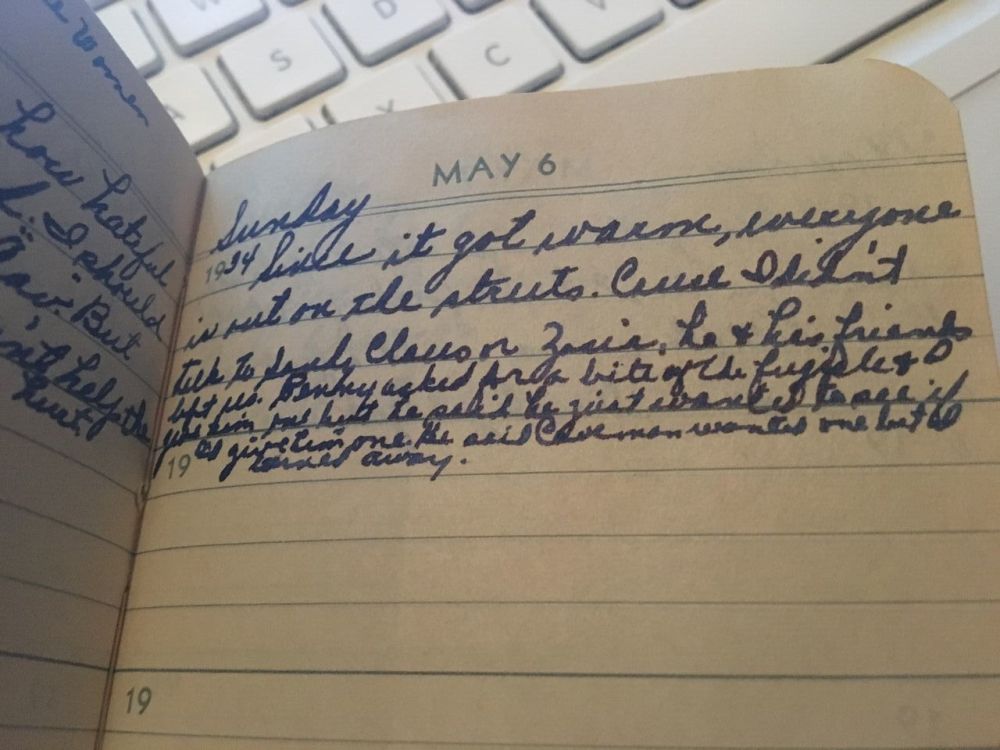 Saturday, May 19th, 1934
Tonight Penny said to his nephew “There’s Drobey’s gal” and then later breaks the feeling by saying Caveman’s going to see his girl next Sunday.  Why isn’t!  I’m sore.

Almost a year after this post was written, Adam dug out the oldest photos and I finally got to see a picture of “Caveman” aka Drobey.  I have not yet gone through all the pictures and I hope to find more of him.

There he is!  A serious looking guy, but not bad looking.  I have been wanting to see what he looks like for over a year now!