to the one you love

each stop of the journey

just to let them know

5 minutes till the next leg

many more until the next stop

See you in the next letter.

Had a card from Peach when I came home and it felt wonderful. 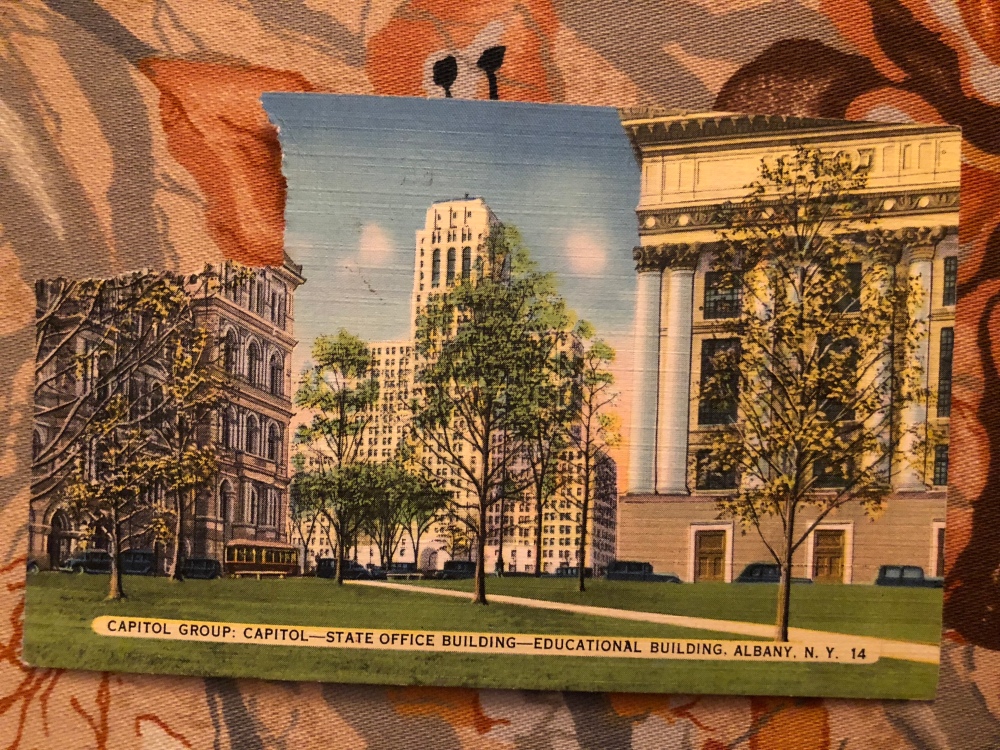 Chet called me before nine today and said he had picked up the pictures we took Sunday and was leaving them at Nellie’s.  I went over after supper and got them.  Peach sent me a card from Cincinnati.  Played the piano at choir today.  Spike took me for a ride and bought me a Scarlett O’Hara at the new Edelweiss in West Springfield.

The government is certainly all right.  We rode first class all the way.  Sleeping in a train is O.K.  I haven’t had a chance to take one picture yet.  See you in my next letter,