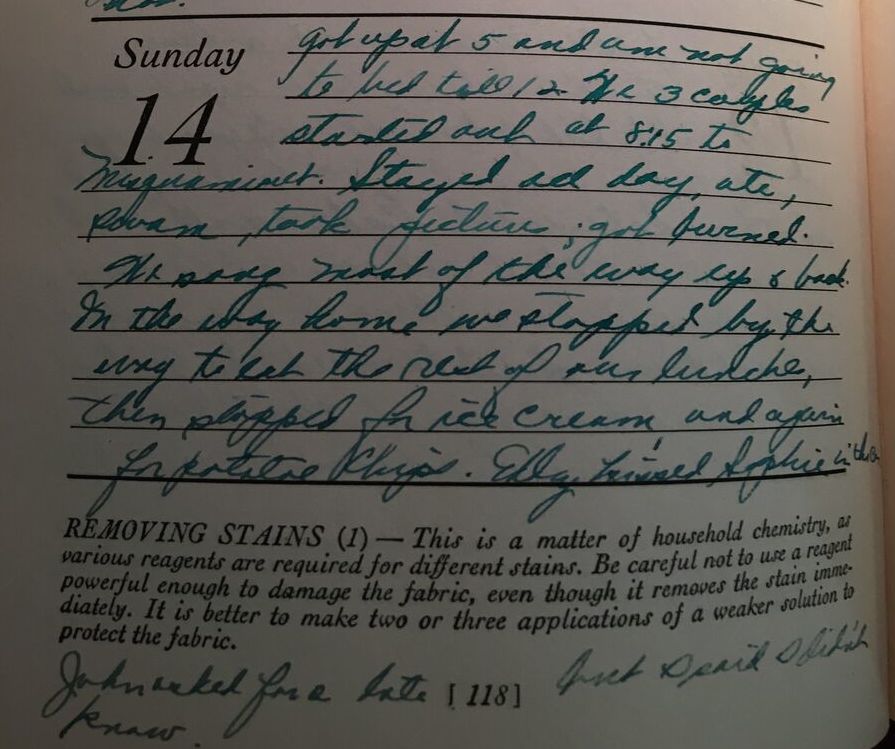 Sunday, August 14th, 1938
Got up at five and am not going to bed until 12.  We three couples went to Misquamicut.  Stayed all day, ate, swam, took pictures, got burned.   We sang most of the way up and back.  On the way home we stopped by the way to eat the rest of our lunch, the stopped for ice cream, and again for potato chips.  Eddie kissed Sophie and John asked for a date but I said I didn’t know. 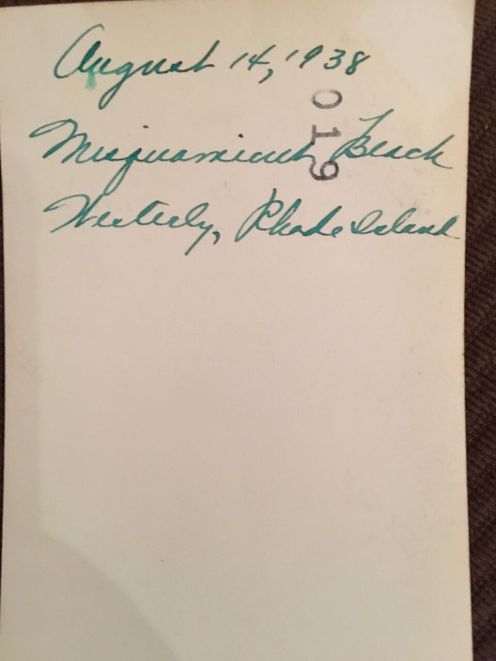 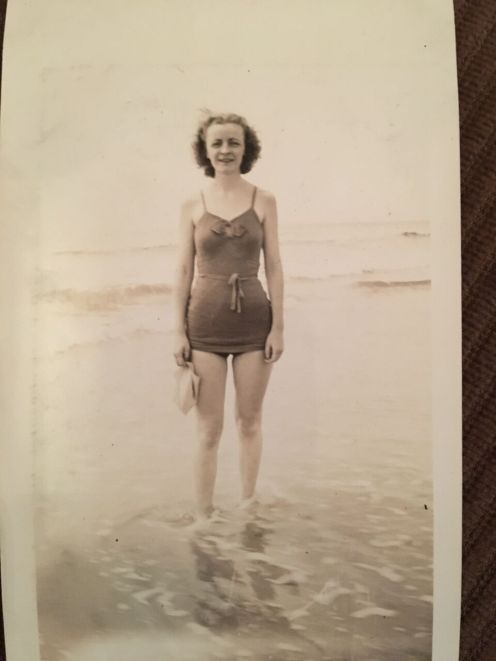 I can’t believe that she wrote that these pictures didn’t come out.  I’m guessing there were many more taken.

I love these pictures, especially the first and last.  Nat looks lovely, but how did Eddie, I think, get on Johnny’s shoulders?  That’s amazing.  And Babu in that bathing suit in the bottom one!  And Zosh not even caring that a pic is being taken.  Look at their lunch boxes and the beach and sail boats in the background.  Is the beach littered with trash?  These pictures are so interesting! 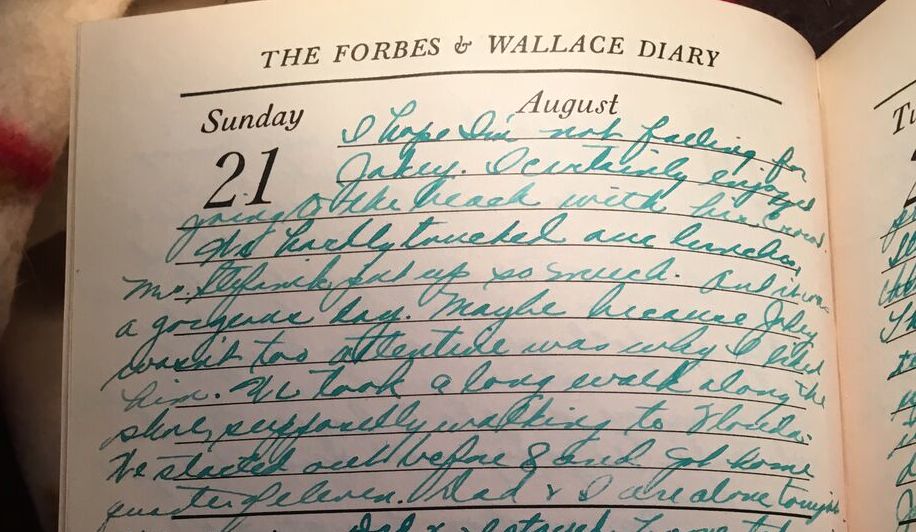 Sunday, August 21st, 1938
I hope I’m not falling for Jakey.  I certainly enjoyed going to the beach with his crowd.  We hardly touched our lunches Mrs. Stefanik put up so much.  And it was a gorgeous day.  Maybe because Jakey wasn’t too attentive was why I liked him.  We took a long walk along the shore, supposedly walking to Florida.  We started out before eight and got home at eleven.  Dad and I are alone tonight.

I have no pictures for this passage, but what a day.  Will Jakey win out over Johnny?

I’ll also give you a little glimpse into the future.  Wait…The past?  Whatever.  Babu told me after she married that another man sent her a letter while away fighting in WWII asking her to marry him.  He didn’t get the telegram, I guess.  I know who she marries, but I don’t know who sent the proposal letter.  Babu never told me if she even wrote back to answer.  For a while now, reading about these boys and these dates, I’ve been trying to figure out who that was.

And here is her trip to Grafton, Vermont, to spend some of her later summer with Ernie.

Sunday, August 28th, 1938
Eleven o’clock was out getting up hour.  For dinner we went to Townsend to the outdoor camp and cooked our supper.  Ernie and I saddled the horses and went out to meet Jeb.  He wasn’t coming and we kept riding till we got to Chester (8 miles.)  Left the horses at Jeb’s and used the “Caddy.”  Saw “A Letter of Introduction” at Bellows Falls.  Ate at the chimes.  Davis Stewart stuck along with us after the show.  Ernie and Jeb are out in the car now.

Here she is cooking and eating.  The middle one is Ernie. 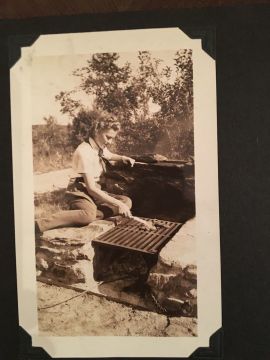 Monday, August 29th, 1938
After breakfast and dishes we walked up the hill to Mary Elmore’s and played tennis.  Ate lunch and walked over to the Wilson’s pool.  Stayed in the water only about three minuets.  Davis and Rodger dropped in for a while and I tried to teach Rodger The Shag.  Good student.  Jeb sat over on Lindy and we spent the evening polishing riding shoes.  About bedtime he started telling spooky stories.  I left after.

Here she is playing tennis.  Isn’t this photographic evidence wild? 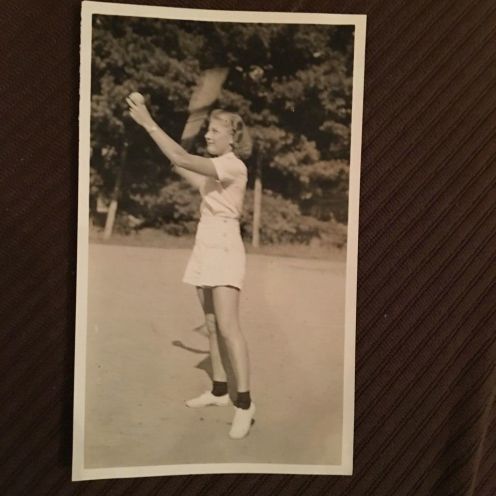 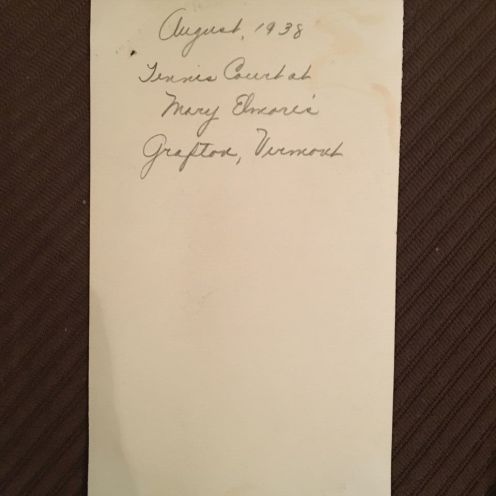 And here she is swimming: 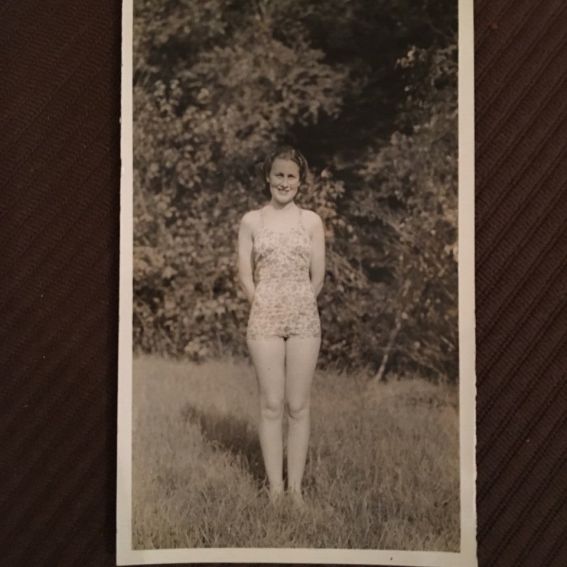 The first girl there is Ernie, I’m pretty sure.

And of course, you can’t have Grafton with out horses, and apparently with out Babu sleeping on a picnic table! 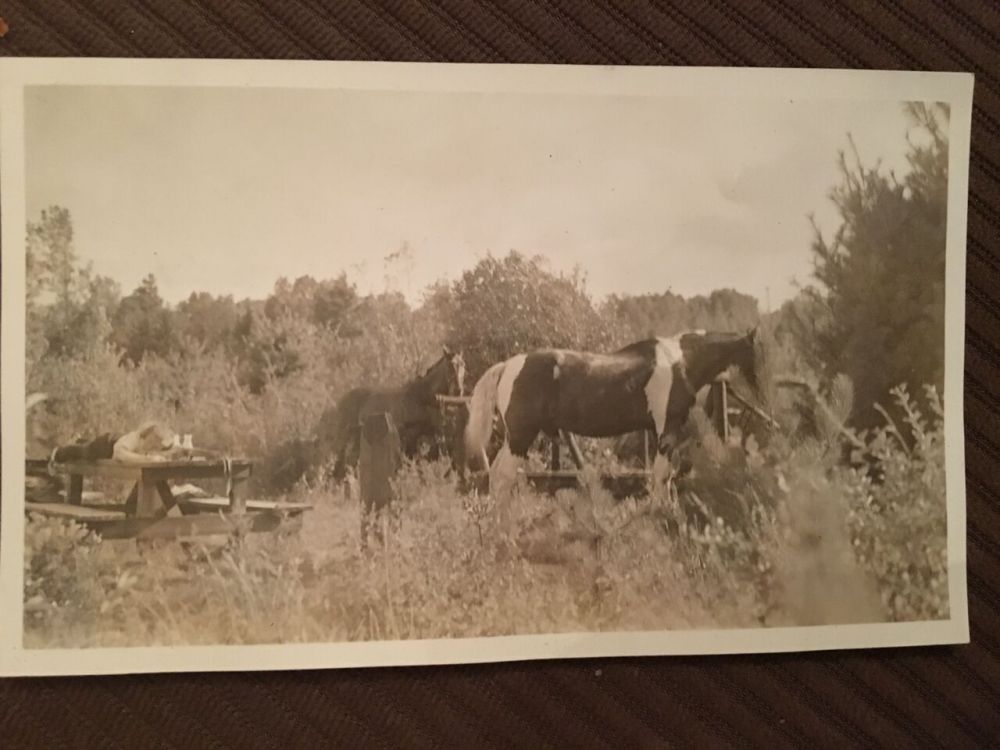 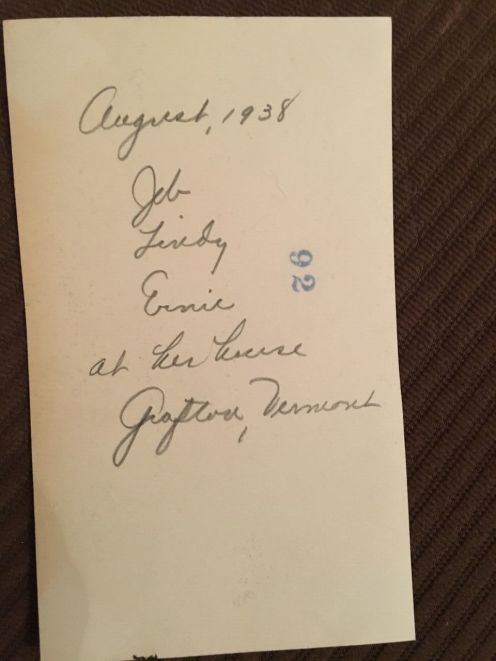 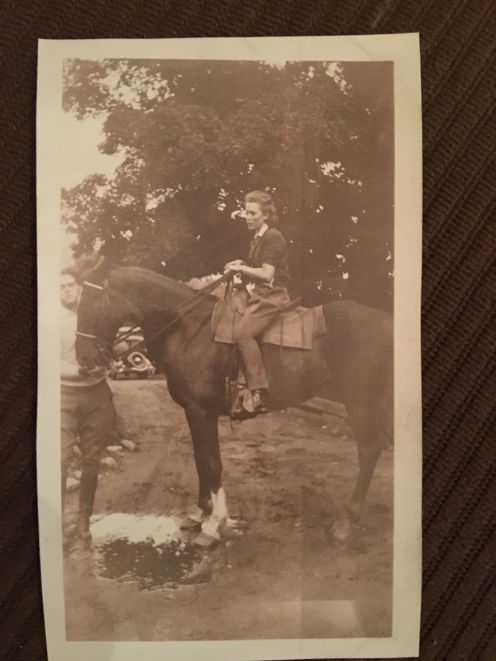 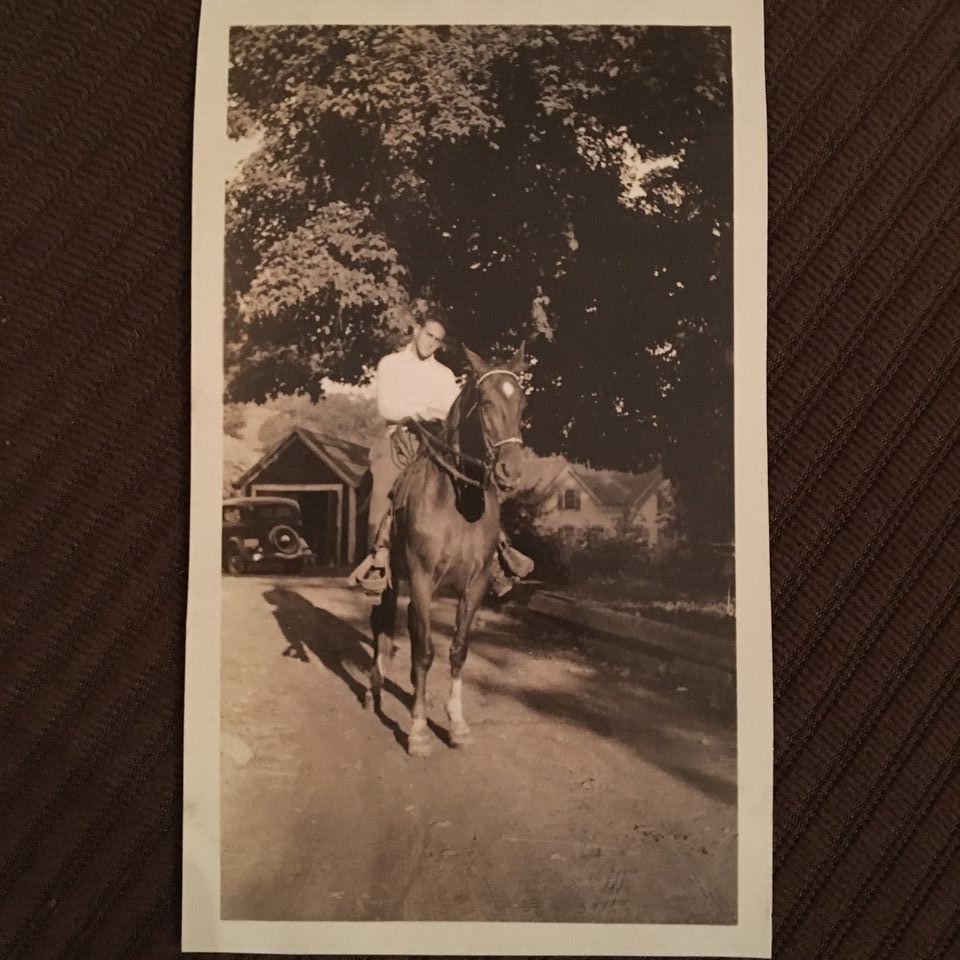