These are possibly the very trolleys Babu took to go to work in Springfield.

These are possibly the very trolleys Babu took to go to work in Springfield.

These images are possibly images of the very trolleys Babu used to take to get to work in Springfield.

But there is that something more.  What the Trolleys meant to Babu.

They were a source of collision:

Jeanette and I went to see “The President Vanishes” and “Lottery Lover.”  Both were good pictures.  Francis Polchepeck sold the store to the man who brings Jeanette’s order.  She also smashed her car yesterday.  Skidded into a trolley but they bought a new one.

They were an indication of how bad things were getting:

It’s been raining all week so far.  If the river doesn’t stop rising conditions are going to become drastic.  Havoc has already been done in some places.  Some small bridges and dams were swept away and trolleys didn’t run for a while today.

The trolleys were places she met wonderful people:

Met Natalie Bartula a few times down street and rode back home with her on the trolley.  She’s working everyday now in the 5 + 10.

Ride home on the trolley most every day with Adele Janik.

Rode home on the trolley with Adele.  She tells me that Zack is going with Mary Szelag.  Gosh!  Whose that man ending up?

If you remember, Zack is “WBZ” and he used to date Adele.  Yes, much high school drama.  Read about it in the links!

Mom and Dad are rebelling against the ride “we” take after night school.  We went out again tonight.  John almost kissed me but I moved away.  Took the trolley this morning.  Jeanette was on it.  Ray Balut and Jakey Stefanik too.  The former attends BPI and the latter the Civil Service School.

Back when I was reading 1937 I gasped at reading his name!  Little did she know sitting there on that trolley…

Imagine the many other conversations that were had on those tethered machines?

There were supposed to be quite a few of the boys going to our Nee-Wah card party tonight, but Jakey and I left to go alone from the trolley.  At least Zosh, Eddie, Stretch and Nat came too.  We had the party at the Y, and had a good crowd; mostly girls, but surprisingly there were a number of boys.  We came home on the trolley and played airplane annoying the rest of the passengers. 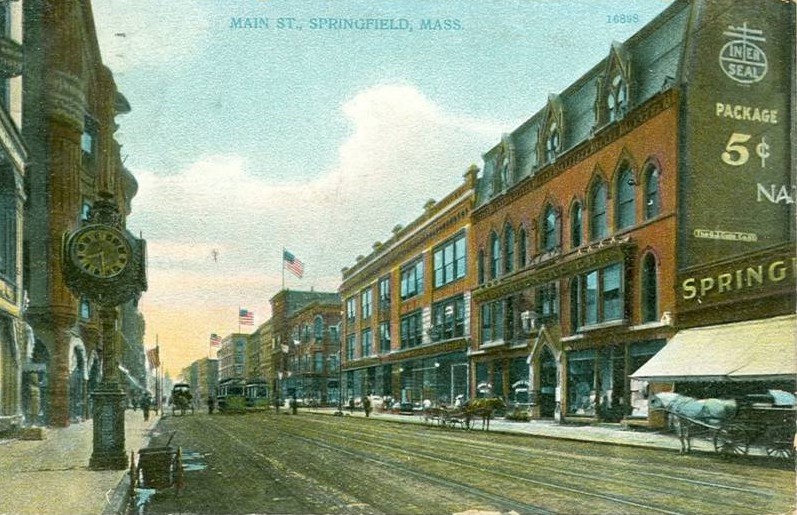