My sister, Nicole, now comes over with her babies once a week to visit Babu.  Jade is now almost 6 and Harper is now almost 3.  (GAWD LORT IN HEAVEN!  How did that happen?) 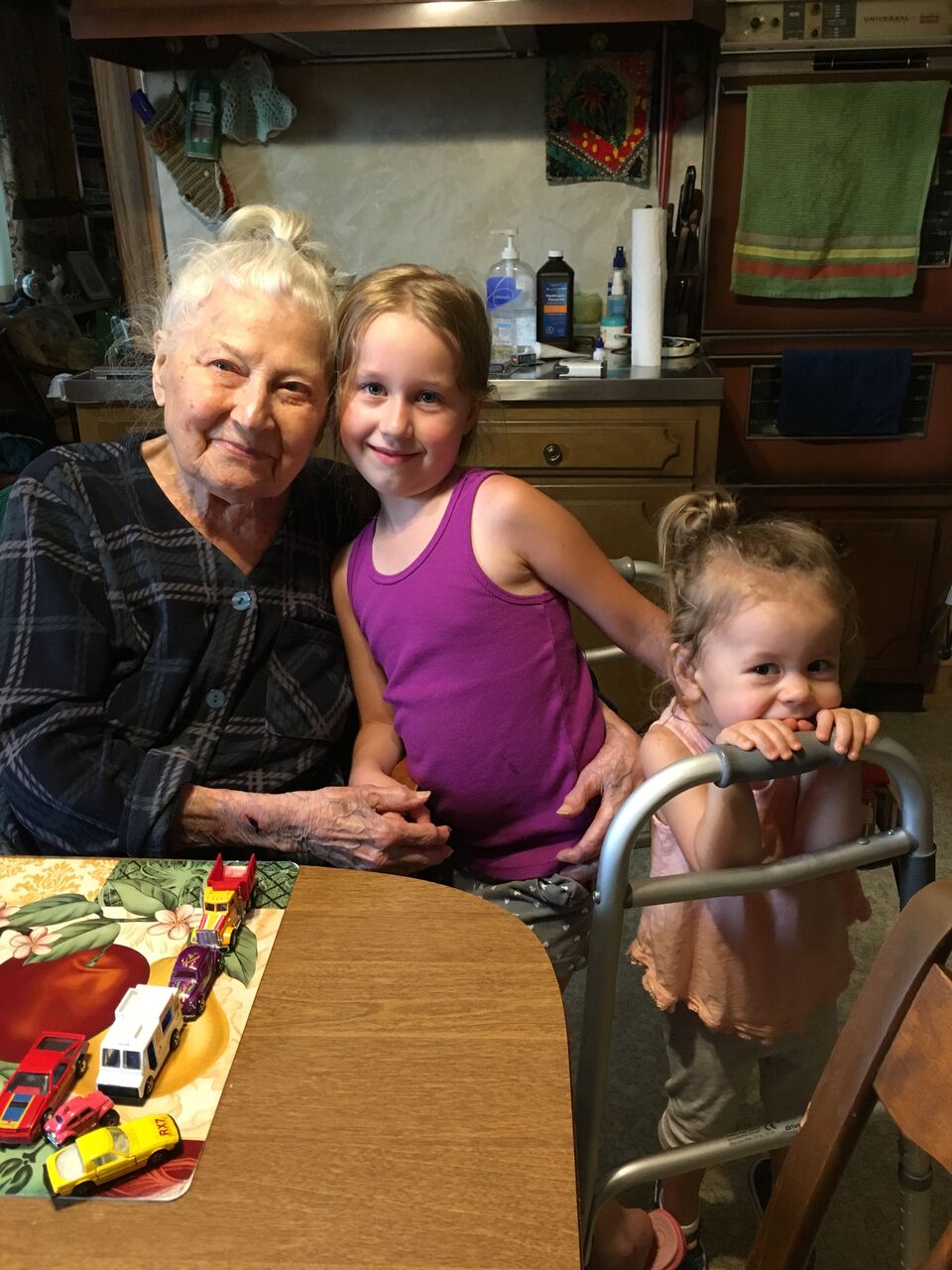 By the end of their visit yesterday, both girls were needing a nap.  Nicole was upstairs with Jadie who was having a small melt down, and Harper was watching some puppy show at the table on her mother’s phone.  Harper’s face was in her hands and as a consequence her face was all squished.  She looked miserable.  She looked tired.  Poor girl, but I think all that was really happening was that she was powering down for a bit and was vegging in front of her favorite show.  Babu was at the other end of the table with a stuffed animal she actually owns, a bunny, but one the girls passed to her a while ago.  Babu pointed to the bunny’s nose and asked me if that was its nose.  I said yes and Babu proceeded to talk to the bunny.  Both ladies, Harper and Babu, were in their own world, but Harper came out of hers and watched Babu as she spoke to the bunny and moved its ears up and down.  It was only a moment but I watched Harper’s eyes become interested and then grow incredibly wide.

It was not as if Harper saw a toy she’d like to play with and wanted it, it was definitely more amazement in watching what was going on.  Even still, Babu then offered the bunny to Harper and Harper accepted and played with it happily but the moment was gone.

I wonder what was going through Harper’s mind.  I believe kids can get excellent reads on people and I believe she knew Babu was not putting on a show, that this was a genuine moment.  Did Harper have a revelation when she saw a grown up talking to a “stuffy” as if it were real?  The only thing I can imagine is that she thought:

That bunny is real!